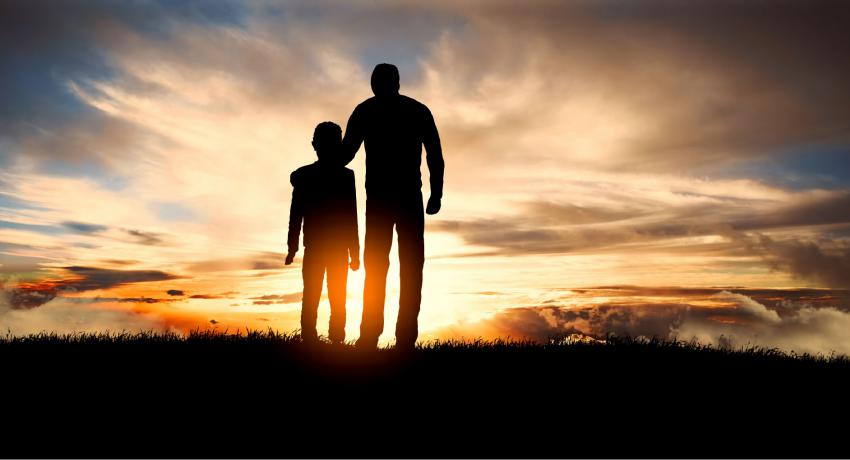 The adoptions team out of the Mt. Vernon office successfully returned a legally free child to their biological parent, reinstating the father’s parental rights.

The youth came into care over a decade ago. Prior to the termination of parental rights, caseworkers did some Family Voluntary Services (FVS) work with the family.

Since then, there had been 10 different group care placements and at least two adoptive placements that did not work out but the youth and his caseworkers never gave up hope on finding a permanent home.

Over the last four and a half years, Angelia Etter, the youth’s adoption specialist, worked to recruit and support this youth in achieving permanency. She started discussing the Interstate Compact on the Placement of Children (ICPC) process with the birth father, as he was living out of state.

“Angelia Etter works with some of our most difficult youth but she never, and I mean never, gives up looking for permanent homes for her kids. Nor does she dismiss any potential option that the youth come up with themselves,” said Christine Domes, Etter’s supervisor out of the Mt. Vernon office.

Even though the youth was legally free, in 2017, the Relative Search unit reached out to a dozen birth relatives, which resulted in responses and interest from the paternal family. In the meantime Angie continued to recruit for an adoptive home, exploring any option that came forward, including the birth father.

After a placement with family out of state did not work out, a call was placed to the father again in 2018 to see if his circumstances would allow for completion of the ICPC and to be an active part of his son’s treatment team.

He and his wife said yes and began to work immediately to get approved and have his son placed with him. After many many roadblocks, phone calls and visits, the youth was able to finally move with his dad and step-mom in March 2020.

The father’s parental rights were reinstated and dependency was dismissed that same day.

“While this was a very long road, lots of hard work was done by Angie and the youth to make this happen,” said Domes. “Both of their dedication to achieving permanency and all the hard work they did really paid off.”